One of the bands for which I reviewed every album, maybe the only one. That’s The Tea Club. Not because they sent me a complimentary review copy of every album, but also because I like their music. It’s not what I play most, but every time I play it, I hear something that catches me. With their 2015 release Grappling that’s no different. 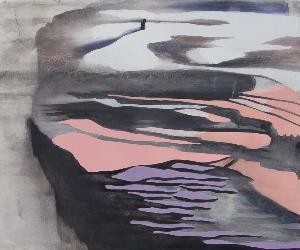 The intro of The Magnet immediately grabs my attention, although I have no idea why exactly. It just works. Maybe it’s the combination of guitar and keyboard melodies, or the vocals of the McGowan brothers, Dan and Patrick, no idea really. With Remember Where You Were (a song which’ title reminds me every time of where I was when I heard David Bowie died earlier this year), that only continues. The emotion in the vocals combined with the organ in the background are ear candy. [acfw id=2]

The darker and gloomier Dr. Abraham contains interesting musical moves, as does The Fox In a Hole, which at first hearing seemed to start with a violin. In earlier reviews of The Tea Club albums, I referred to their nice blend of influences, which never becomes a copy of what other bands do. On The Fox in a Hole, it’s the first time I was under the impression I was listening to an old, unreleased Genesis track, with a little bit of Caravan mixed in. Still, it’s a unique thing, not a copy attempt, and still very welcome in the midst of all the 70s clones of the past few years. The same can be said about The White Book, the closign track of the album. No copies, just influences.

Now I skipped quickly Wasp in a Wig, in order to make it into the closing paragraph of this album review. This track is a bit guitar heavier than the rest and giving a bit more foreground to the bass. It starts slow, almost melancholic in the vocal sound, but moves on to a dual vocal, very varied track. It changes and comes back, without loosing coherence, and is very much my favourite on this album. An album that shows that even after 8 years, the quality and musicianship of The Tea Club is still on the same great level. Highly recommended.