Do you know that feeling of magic, that you felt when you first looked into the eyes of the love of your life? The sparkle you saw there and felt in your heart? That’s what I felt when I heard Dream Theater’s  When Dream and Day Unite, way back in 1989. 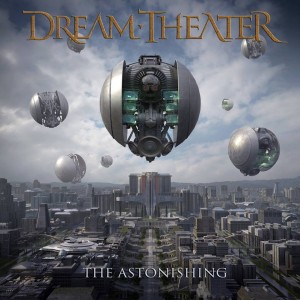 That feeling started disappearing after Falling into Infinity, with Metropolis Pt.2. After that, their albums started feeling like showing off (certainly on Petrucci’s end) instead of making music for the fans. With Octavarium, I thought they were on the way back, but they lost me again after that. [acfw id=2]

Now, with all the fuss around The Astonishing, I was hoping the fire had once again rekindled. Listening to the album this week, having ordered it last week only after weeks of doubt, I am once again disappointed. The album is too much, too long, and too uninventive to win me back. I listened, and only found things that have been done before, and probably better, by the likes of e.g. Ayreon. The music may not be bad, but it’s not worthy of the Dream Theater I once knew.
First it was the shredding that turned me off, now they’re trying to create a musical and failing…. A pity really. The genuine energy and enthousiasm of the first four albums are what made Dream Theater for me, and it’s all gone.

4 thoughts on “Dream Theater – The Astonishing”